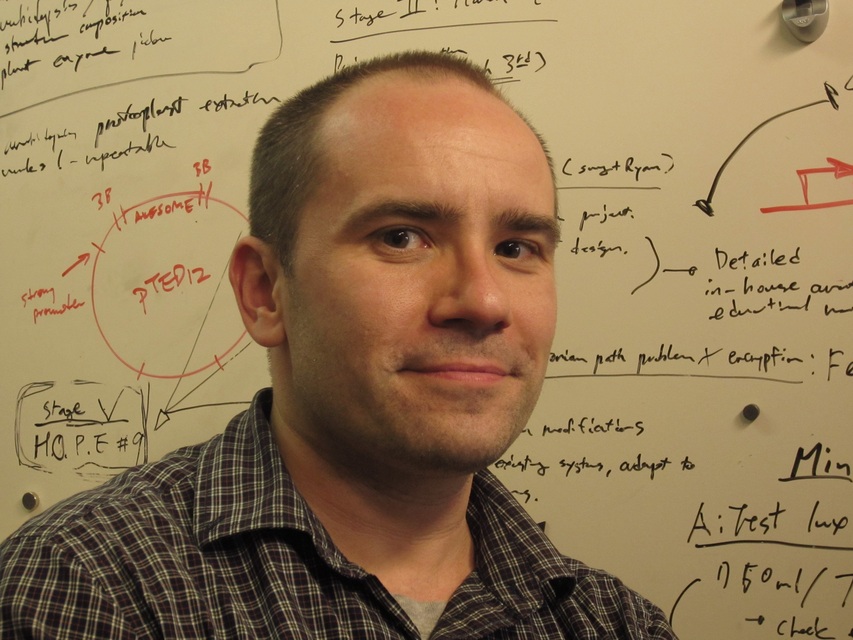 Open source synthetic biologist and co-founder of Genspace, a first of its kind community biolab, Oliver Medvedik earned his Ph.D. at Harvard Medical School, in the Biomedical and Biological Sciences program.  As part of his doctoral work he has used single-celled budding yeast as a model system to map the genetic pathways that underlie the processes of aging in more complex organisms, such as humans. Prior to arriving in Boston for his doctoral studies, he has lived most of his life in New York City.  He obtained his bachelor’s degree in biology from Hunter College, City University of New York. Since graduating from Harvard, he has worked as a biotechnology consultant, taught molecular biology to numerous undergraduates at Harvard University and mentored two of Harvard’s teams for the international genetically engineered machines competition (IGEM) held annually at M.I.T.