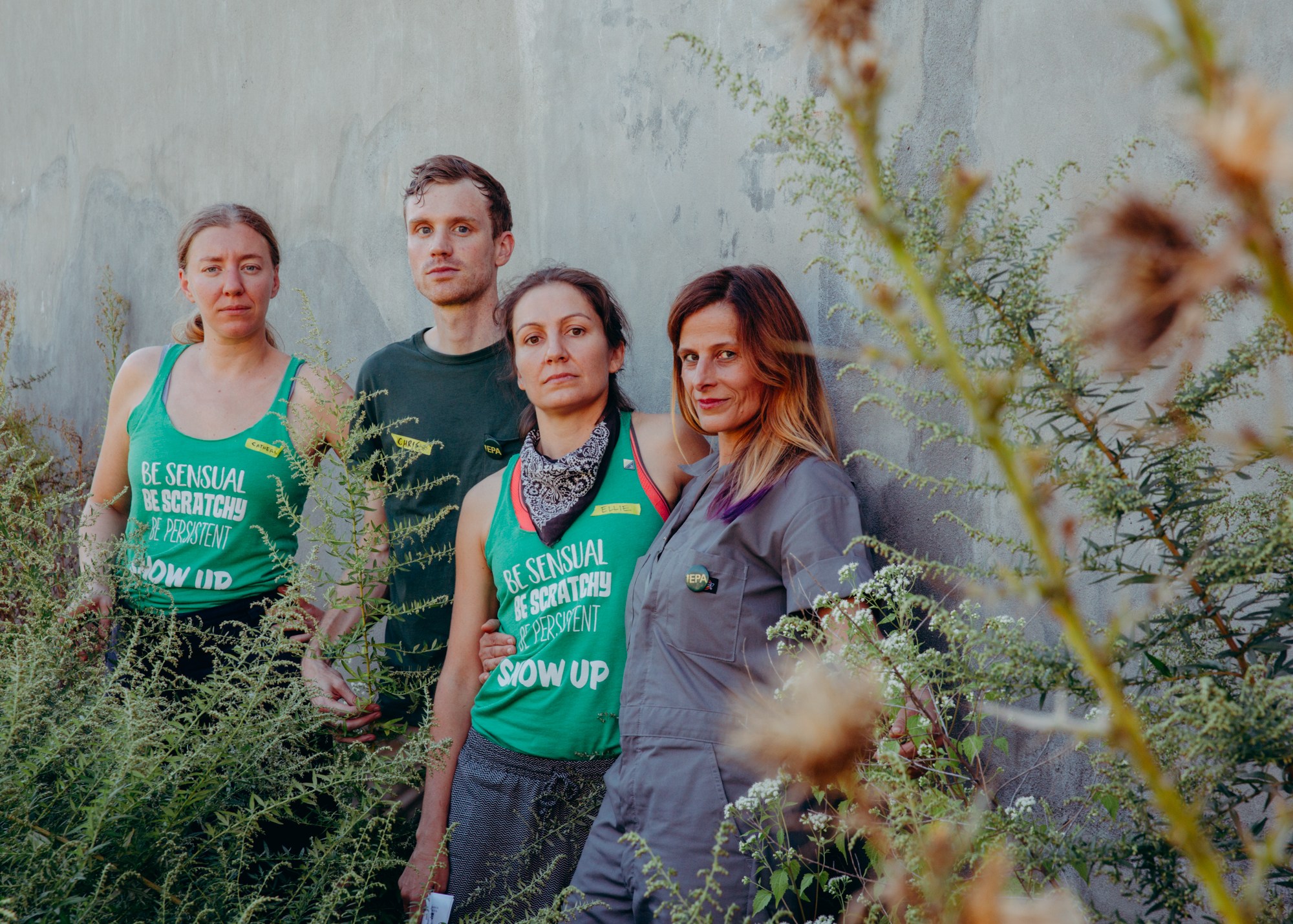 The Environmental Performance Agency was founded in the winter of 2017, partly in response to the presidential election and the ongoing dismantling of the US Environmental Protection Agency by artists Catherine Grau, Ellie Irons, Andrea Haenggi and Christopher Kennedy.

During the 2017 growing season, the EPA headquarters was housed at 1067 PacificPeople in Crown Heights, Brooklyn. 1067 PacificPeople was a five-year social-ecological movement-based art project by artist and choreographer Andrea Haenggi in collaboration with writer Robert Neuwirth. During that time, the EPA used 1067 Pacific Street as a hub for site-specific movement workshops, biocultural experiments, field work, and interdisciplinary art projects that explore new ways of thinking about NYC’s urban ecologies, plant-human relationships, and to advocate for the agency of all living performers co-creating our environment, native or migrant.

The EPA is now a nomadic collective that responds site-specifically to urban ecologies around the region.